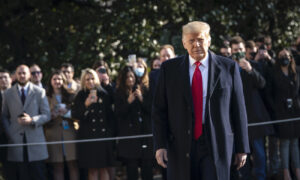 President Donald Trump issued a proclamation on Jan. 18 lifting the CCP virus travel ban for most of Europe, the United Kingdom, Ireland, and Brazil. The proclamation makes clear that travel restrictions will remain in place for China and Iran. Trump in March 2020 issued travel bans for foreign nationals from the Schengen Area of Europe, and later to the United Kingdom and Ireland, if they have been within those areas in the prior 14 days. In May 2020, he ordered a similar travel ban for Brazil. Trump’s latest order, effective Jan. 26, will terminate the travel bans. The Centers for Disease Control and Prevention (CDC) on Jan. 12 issued an order that requires proof of a negative test or documentation of having recovered from COVID-19, the disease caused by the CCP (Chinese Communist Party) virus, for all air passengers coming from abroad to the United States. The order takes effect on …Read MoreEpoch Times, United States politics | The Epoch Times