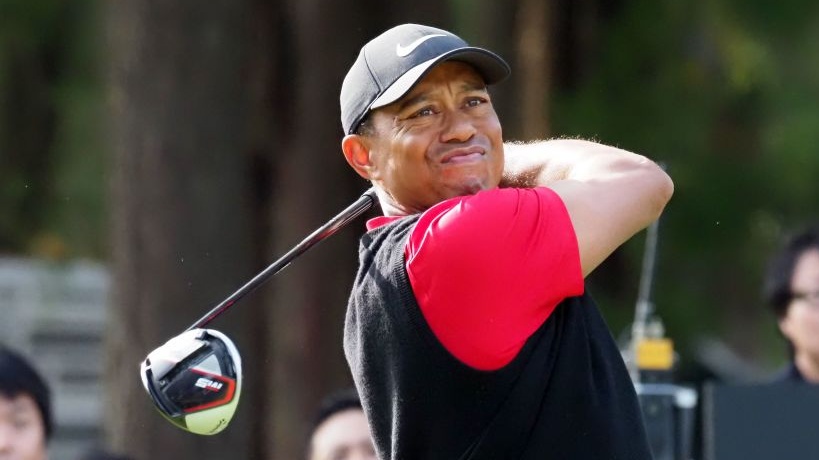 Tiger Woods was rushed to a hospital after his car crashed in Los Angeles, California, Tuesday afternoon, the Los Angeles County Sheriff said in a statement.

Paramedics and fire fighters had to use the jaws of life tool to free the 45-year-old from his car, which was totaled. The statement called the incident a “single vehicle roll-over traffic collision” and said the car “sustained major damage.”

This morning @LMTLASD responded to a roll-over collision in which @TigerWoods was injured. Please see our statement… pic.twitter.com/cSWOxKZC1w

“The driver and sole occupant was identified as PGA golfer Eldrick ‘Tiger’ Woods. Mr. Woods was extricated from the wreck with the ‘jaws of life’ by Los Angeles County firefighters and paramedics, then transported to a local hospital by ambulance for his injuries,” the statement said.

Police also told NBC News that the iconic golfer had compound fractures in one leg.

“Tiger Woods was in a single-car accident this morning in California where he suffered multiple leg injuries. He is currently in surgery and we thank you for your privacy and support,” agent Mark Steinberg said.

He was in California hosting a golf tournament and doing promotional events for Golf Digest. The news outlet reported on Monday that Woods was attending events with Dwayne Wade and David Spade.

Woods has been recovering from a back surgery he sustained after playing with his son in the PNC Championship in December.

Woods’ injuries have been described as non-life threatening, according to LA County Sheriff‘s Department.