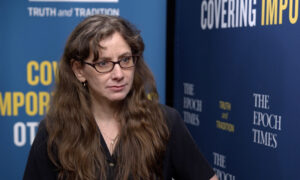 At the Conservative Political Action Conference (CPAC), we sit down with Cleo Paskal, Senior Fellow at the Foundation for Defense of Democracies, to discuss what nations like the United States and Canada can learn from India’s approach to China. In Hong Kong, almost every prominent pro-democracy activist and lawmaker has been arrested, prompting growing concerns in Taiwan that Taiwan will soon be next. Paskal argues that if the United States allows Taiwan to fall, much of southeast Asia will soon succumb to the Chinese regime’s influence. Jan Jekielek: I’m here with Cleo Paskal at CPAC 2021. You were one of the panelists talking about the region around China. We’re talking about India, we’re talking about Japan, we’re talking about the South China Sea. Of course, we’re talking about Taiwan. We’re also going to talk today—and this is most interesting—about how this is all incredibly relevant to America and Canada, which …Read MoreNews and stories on China-US relations | The Epoch TimesAmerican Thought Leaders, China, China-US News, CPAC 2021, Live Videos, Premium Programs, US, Video, Chinese Communist Party, cleo paskal, CPAC, India China conflict, India China Border, Hong Kong, Taiwan