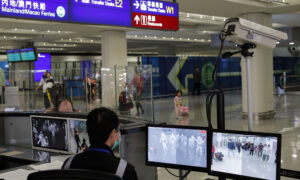 Hong Kong passed a new immigration law on April 28 that gives authorities the power to prevent people from entering and leaving the city, raising concerns that Chinese mainland style “exit bans” will be implemented in the financial hub. The United States expressed that it is “deeply concerned” about the new law. Meanwhile, a recent study shows that more than half of the local youth that took part in the survey want to leave Hong Kong in the future. According to the public broadcasting service Radio Television Hong Kong (RTHK), the Hong Kong Legislative Council (LegCo) passed the “Immigration Amendment Bill 2020” in the third reading on April 28. The bill passed easily as most opposition lawmakers had already resigned. The Hong Kong government stated that the immigration law only applies to inbound flights, and aims to prevent illegal immigrants from entering the city. The immigration law vaguely states that …Read MoreNews and stories on China-US relations | The Epoch TimesChina, China-US News, Chinese Regime, HK Current Affairs, Hong Kong